The Iranian controlled news organization released the below pro Ahmadinejad rally photo that was apparently photo shopped to make the crowd appear larger. 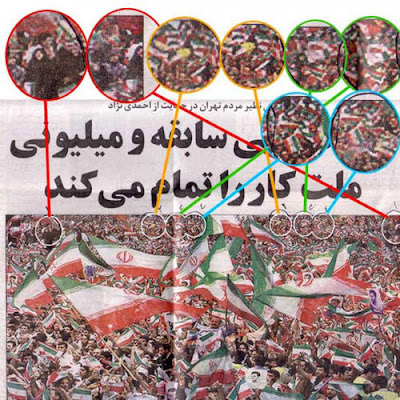 First of all, this might have worked during the cold war if it had been the Politburo releasing an altered pro Chernenko rally photo in the 1980's but, it's not the 1980's and it's not like Iran hasn't tried this before. Iran released a photo shopped image of a missile launch just last year. 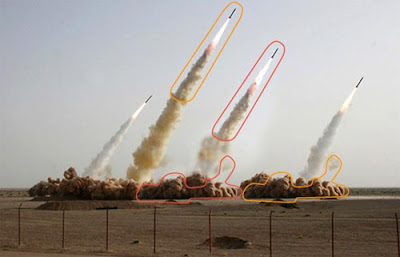