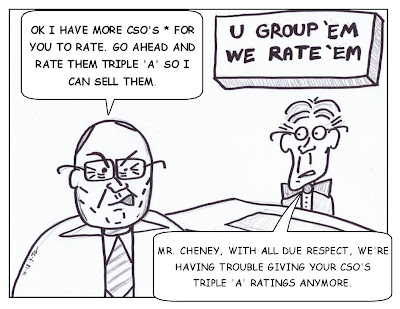 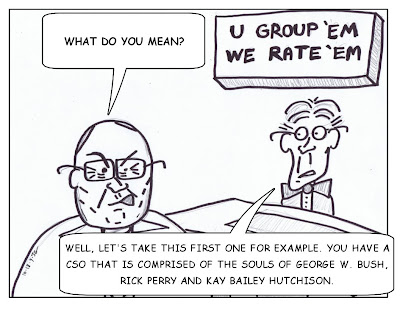 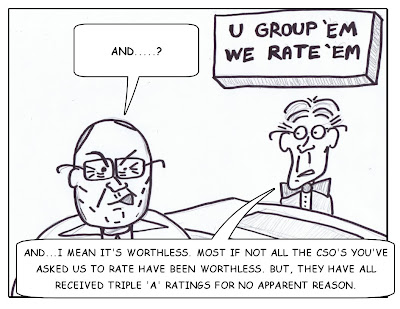 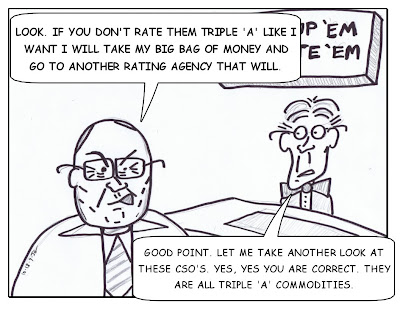 ( * CSO's or Consolidated Soul Obligations are not to be confused with CDO's.)
If you need a reminder of what happened when CDO's were rated and traded with reckless abandon click here.
Click here for part 6 of Soul Reaper.
post by JG at 7:00 AM No comments:

OK, if this was a planned, trick play then the offensive coordinator needs to be talked to. And what type of trick play was it supposed to be? A trick to make the QB look as uncoordinated as possible while at the same time throwing a jump ball back across the field of play?


Is the below what I think it is? Is that a freakin' porta potty on the sideline?

possible captions for the above pic:
man, I wish I hadn't had all that Mexican food right before kick-off

this doesn't have a lock on it, watch the door and make sure no one comes in while I'm handling up on business in here

OK, OK, a whole bunch of beer and cabbage last night was NOT a good idea.
and lastly, I'm sure some of you have seen this but, here's "the drunkest guy ever."

I would be that this guy was on something other than just booze. And more importantly, how did he get to the convenience store?
a) he walked there (I think not, he would have fallen down 10 feet out the door on a sidewalk and never made it to the store, b) he drove there (again I think not, he can't even sit down on the floor, I don't see him operating a motor vehicle without a tragic accident occurring), or c) the most likely way he got to the store, some friends drove him, saw the state he was in, decided to have some with him and said, "hey buddy, do us a solid and pick us up some beer in there." Then, his friends laughed as he went in while they watched from outside. 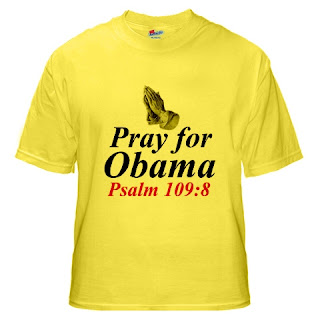 T-shirts and bumper stickers, like the above t-shirt, have been making the rounds at Tea Party/anti-Obama rallies. Psalms 109:8 reads, "Let his days be few; and let another take his office." How or why would the President's, "days be few." Because he'll resign for no apparent reason? Defenders of the t-shirt say it represents a desire that the President only serve one term.
And make no mistake, it is protected speech. But, is there something more pernicious contemplated by some that would twist religion to suit their own political desires and, "pray for Obama?" For example, look at the very next verse in Psalms, 109:9 reads, "Let his children be fatherless, and his wife a widow." The latter verse is not on t-shirts but, come on, I think we all know what at least some of those wearing the above t-shirt are praying for. And what those whackos are praying for is sick and wrong.
If only I could think of another group/organization that has twisted a religion to suit its political ends and continues to twist and warp a religion and its teachings to recruit and indoctrinate followers and encourage hatred...
post by JG at 2:00 PM 2 comments:

But, a little levity sometimes helps an otherwise solemn, serious situation or in this case past occurrence.

The movie The Twilight Saga: New Moon and Palin have been dominating the news cycle here recently. Which one do you think I'm going to write about?

If you picked Twilight you're wrong.

Check out my post from June of this year regarding what type of person/politician Palin appeared/appears to be.

Keep in mind the fact checking that has been done regarding Palin's (and her ghostwriter's) book and who she is critical of in the book.

And if that's not enough check out ThinkProgress.com's (via Fark.com/politics) post about who Palin would consider running with on a dream ticket in 2012. I'll give you a hint, his name rhymes with Ben Gleck. Yeah, I just got the chills, laughed and threw up in my mouth all at the same time too.

The below are comments to various FoxNews.com articles which were forwarded to me by a friend.

the comment: "Obama warning us about spending is like a drunk at AAA." (thoughts: triple A as in the car service company? I think they probably meant AA-Alcoholics Anonymous. But, shouldn't a drunk be at an AA meeting? So now my head really hurts.)

the comment: "He's gearing up for the campaign trail to help try saving the Dems Congress
jobs next year. Time to talk moderate again to woe the Independents back. I hope they're not that stupid." (thoughts: woe?  oh those poor independents.  maybe he/she means woo.)

the comment: "I hope all the Dems are happy now that this EMPTY SUITE, destroying the greatest country on earth. After all, the Dems are very ignorance and incompetent. 2010 coming." (thoughts: they are very "ignorance" I tell you. 2010 coming. And Hulk smash. Plus, there are plenty of empty suites, probably because they're hanging in the closets of all the people who used to wear them to work but are now unemployed, in their PJ's, on the couch, watching TV, scouring the internet for a job. When did the recession start again? Who spent money on 2 wars like a drunken sailor on leave?)

I'm an equal opportunity critic and will gladly post funny, nonsense comments to articles from other sites like MSNBC's or Politico.com's. And yes, I know I have typos too. But, the above is still fun/funny.

A Phoenix Tea Party protest organized by American Citizens United against amnesty for illegal immigrants turned ugly when Neo-Nazis showed up and wanted to join in the protest, much to the chagrin of the Tea Party organizers who wanted the Neo-Nazis to leave...

Huh, I guess the Tea Party protesters were actually surprised that their intolerant rantings actually attracted those who take Tea Party views to the extreme, in this case the extremists were Neo-Nazis. That's the funny thing about free speech, you get to hear from all sides, even the ugly, intolerant discriminatory sides.

Update: And here's a hilarious video from Minnesota of a Tea Party protest against amnesty for illegal immigrants getting "punked" (here's a hint at the prank, he is actually speaking against immigrants, just immigrants from a place other than the Americas):

In case you didn't hear, the Tea Party Patriots(TTP) are essentially suing the Tea Party Express(TTE). You see, one of the founders, Amy Kremer, of the more conservative TTP was forced out of the TTP and joined the more moderate TTE. The TTP filed suit against Kremer over an intellectual property dispute. When a person lives by the mantra, "you're either with us or against us," that person, like Kremer, has to be aware of what might happen when they're not "with them."

All this silliness about the Tea Party Patriots versus the Tea Party Express reminded me of this classic scene from Monty Python's Life of Brian: 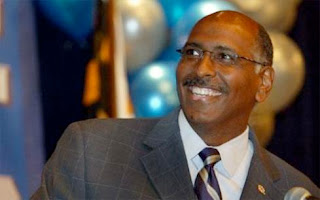 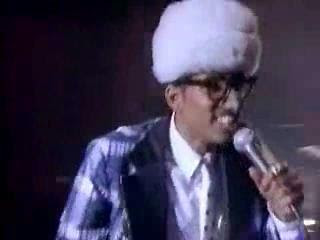 Which of these two people, pictured above, once got busy in a Burger King bathroom? Or, have you ever seen Greg "Shock G" Jacobs, aka, Humpty Hump, and Michael Steele in the same room at the same time? I know I have not. 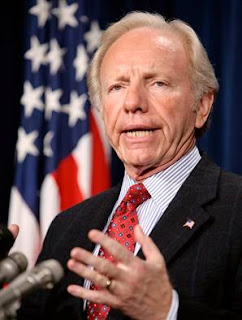 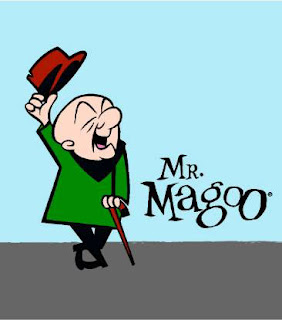 One of the above is a confused, blind, stubborn, elderly man. The other is Mr. Magoo. 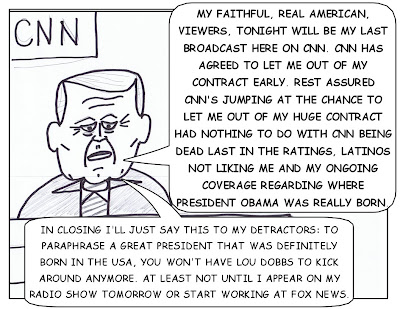 In case you didn't hear, Lou Dobbs last broadcast was last Wednesday night on CNN. He had stirred controversy but not ratings recently at CNN. His commentary regarding "birthers" and anti-immigration views angered a wide range of people. At the same time CNN, including his program, was ranked dead last in the ratings, even falling behind CNN's other news channel Head Line News(HLN). That's like losing to your younger brother in a one on one basketball game when you're still more than a foot taller than him. Ouch.

For Lou Dobbs fans, his radio show will continue.

(by the way, I have no information indicating that Dobbs is going to work for Fox News or has even had any discussions with them,)

past post(s): Newsworthiness in Lou Dobbs-Land 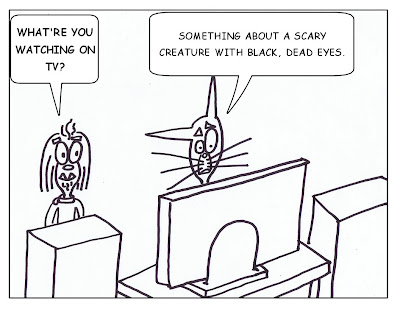 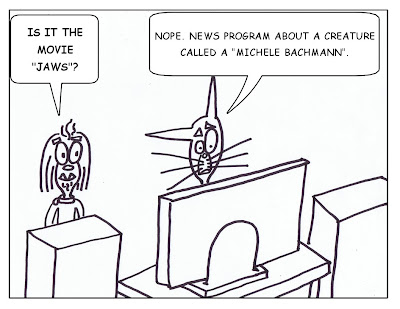 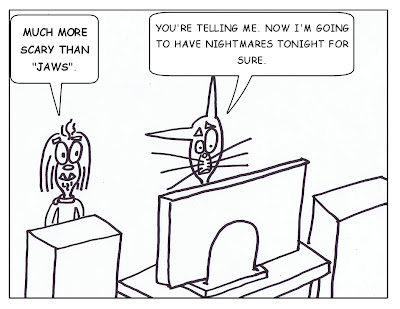 In case you missed it somehow, Michele Bachmann lead some conservative protesters to Capitol Hill last week. And of course Bachmann and Sean Hannity exaggerated the number of protesters that attended. Hannity even used footage from Glenn Beck's 9/12 protest to make it appear that more people attended last week than actually did. And Jon Stewart was there to hilariously call out Bachmann and Hannity:

Just in case you missed it somehow, while Glenn Beck went into the hospital for an emergency appendectomy last week Jon Stewart did this hilarious pseudo-Glenn Beck impersonation. Instant classic.

Part 4: Cheney, Soul Reaper - Mr. Cheney, There's a Question in the Back About Your Acquisition of Souls... 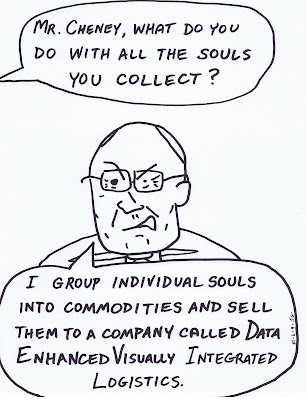 (fyi, this "series"-Cheney, Soul Reaper-will continue on for a little while, more to come in the next weeks...) 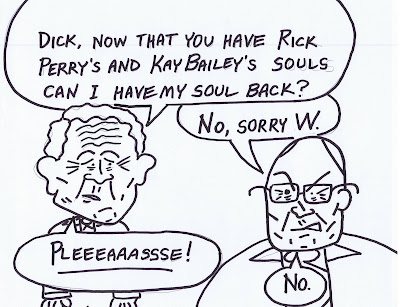 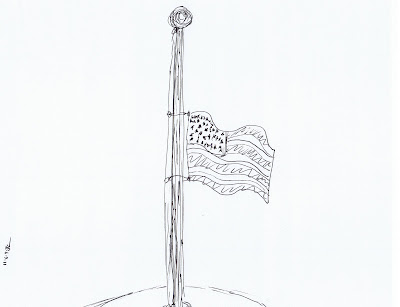 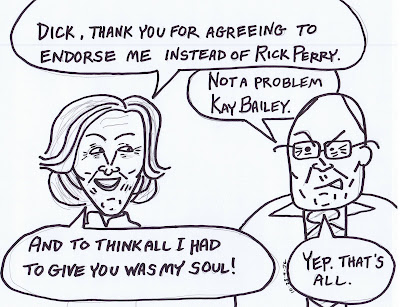 or alternate title, "What Does a Cheney Endorsement(or, in this case, Non-Endorsement) Go For These Days?" 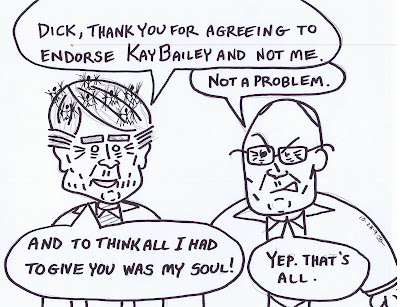 Seriously, is Cheney doing Perry a favor by endorsing Hutchison? And does Hutchison really believe getting Cheney's endorsement is a is a positive for her campaign?
What's in Perry's hair you might be asking?
Click here for what's going on in Rick Perry's hair and more of the ongoing saga of Rick Perry's the Hair Aliens...
Here's an actual news story about Cheney's endorsement of Hutchison.

Believe It Or Not It's Election Day...

...kind of, sort of, well it is but, it's just not nearly as sexy as say the last time we had the polls open last November. There are some Texas contitutional amendments up for consideration and, if you live in Dallas, Texas like me, some Dallas Independent School District board seats up for election, namely seats 1, 3 and 9.

I'll be honest, I've been busy and dropped the ball on getting on top of the issues related to the constitutional amendments or informing myself about the candidates for the school board seats. However, below are some helpful links:

Want to know where to vote (in Dallas County)? Click here.

Also, League of Womens Voters of Dallas has a site with links to pages related to today's election/vote.

The Dallas Morning News, of course, weighed in on the constitutional amendments up for consideration as well as the DISD District Seats up for grabs.

And Pegasus News went down the amendments also.

Those (Fox News) In Glass Houses... 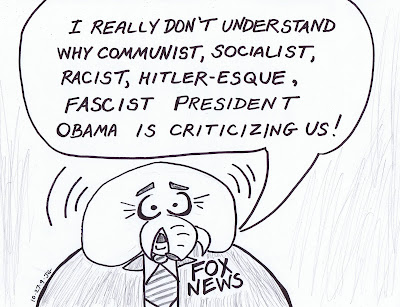