This Baby Will Look Into and Eat Your Soul 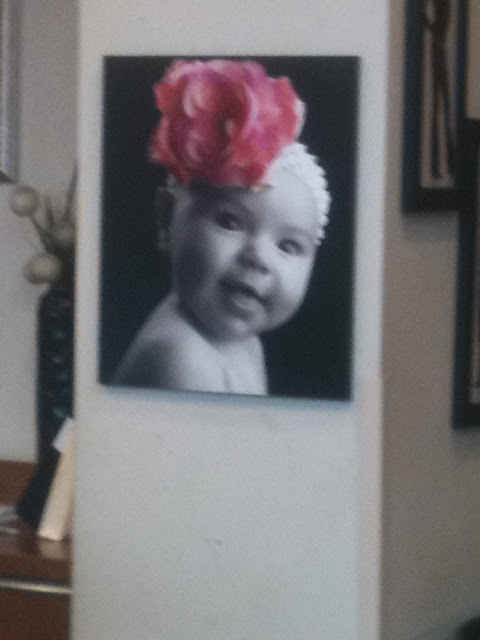 Email ThisBlogThis!Share to TwitterShare to FacebookShare to Pinterest
Labels: photo

Email ThisBlogThis!Share to TwitterShare to FacebookShare to Pinterest
Labels: video

So I had never seen the "Alien vs. Predator" (2004) movie until today.  Basically, a rich billionaire, Charles Weyland, has found an ancient pyramid thousands of feet under the ice in Antarctica and finances a team to go with him on an expensive expedition to check it out.  Turns out this ancient pyramid is one of the Predator race's hang outs here on earth and oh, by the way their pets are the Aliens.  And oh yeah, the Predator race taught us humans how to build pyramids all over the place and we worshiped them as space gods.  The Predators circle back around to Earth every so often, use sacrificial humans to hatch Aliens and then the Predators would hunt their pet Aliens.

No, I know it's not exactly like Prometheus. But, Ridley Scott apparently laughed off a question about whether he'd seen Alien vs. Predator and said he'd never seen it.  And I'm not saying Prometheus is a bad movie (even though it does have some big plot holes in it).  I am suggesting that maybe Scott should have watched Alien vs. Predator, especially since on at least a superficial level the plots aren't all that different, in fact their pretty darn similar (aliens, Predators/Engineers, visit earth and are worshiped as space gods by us humans since ancient pre-history and the Predators/Engineers are the makers/masters of the Aliens; then billionaire Weyland wants to check it all out and finances an expensive expedition to do so and dies in process).

Let me put it more simply, because they share many of the same over-arching plot elements Prometheus is essentially the same movie as Alien vs. Predator.  OK, that's an overstatement but, you could argue that Prometheus is a "re-imagining" of Alien vs. Predator.  The only big differences are who the alien gods are (Predator vs Engineer), the time period during which the movies take place (present day vs. near future), and the location of the story (desolate isolated Antarctica vs. desolate isolated planet), and the directors' "vision" of the movies (Scott vs. Paul W.S. Anderson).

Or how about this, if Ridley Scott had watched Alien vs. Predator and not just laughed off such a silly notion (according to him at least) then, maybe Scott could have have avoided some of the huge plot pitfalls Prometheus landed in.