A local Boise Idaho sports anchor dressed up as and did a mean Ron Burgundy impersonation during a local news broadcast.  "Can I have everyone's attention please, I have a very important announcement!"  Enjoy the greatness:

...and I bet it's a pretty good bet that's the worst movie of 2013. I knew it'd be bad going in but wow, that was REALLY awful, qualifying it as a great bad movie
I have so, so, so many questions that I
may have to watch it again when it comes out on cable, such as:
- Did anyone else, based on the previews showing the prison guards in low rent black Star Wars-like storm trooper uniforms, think this thing was going to be set in space and in the future and not set in the present day? And wouldn't that have made it even better/worse?
- Why not use subtitles when Sly and Arnold talk, especially when they're whispering?
- How much screen time was spent on showing Sly and Arnold either just sitting and talking or walking around and talking?
-So if you want to escape from a prison it's going to take about 3-5 prison yard rumbles no matter how secure the prison?
- Actors Sam Neill, Vincent D'Onofrio and Jim Caviezel have fallen so far that these are the best movie roles they can get?  Ouch.
- That's the best movie role 50 Cent could get?  Ouch.
- Why did the writers decide to explain apparently huge plot "devices" and/or supposed "twists" in short shots, quick scenes with actors talking quietly and mumbling?
- Lastly M. Night would have been proud of the big reveal at the end of the movie that left everyone asking, "wait, what, why, what about, but if that's true then, oh never mind, it sucked anyway, I don't care?"
post by Unknown at 10:25 AM No comments:

Worst Website Ever By a Guy Trying To Pick Up Women...

Romeo Rose is awesome...(and by awesome I mean maybe the stupidest terrible person, dumb enough to publish to the world his unbelievably ridiculous thoughts/beliefs; I still am having trouble believing he is a real person.)
post by Unknown at 11:39 PM

Georgia O'Keefe Knock-Off Made Out of a Straw Wrapper 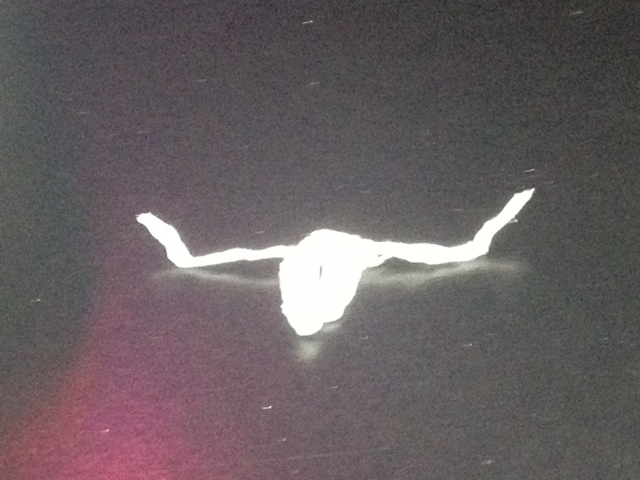 Great, hilarious comment to an article explaining that the Voyager probe might have left our solar system last year, making it the first human made object to do so:


ATTENTION RESIDENTS OF EARTH
In accordance with writ number 2.456.70225, you are in violation of the galactic littering ordinance. You are being assessed a fine of approximately 1,200 galatic phoquns. This is approximately equivalent to 9,000 trillion trillion Earth (US region) dollars.
You are given 30 of your days to A) retrieve the litter that has left your star's heliopause and B) Pay the fine in full. Failure to fullfil one or all of your responsibilities may result in planet wide relocation to the prison ring system in the galactic core. Galagov thanks you for your cooperation.

Here's the link to this great Star Wars themed Flickr page that a friend of mine forwarded to me.
post by Unknown at 4:00 AM

Photo of Earth From Rings of Saturn 900 Million Miles Away

The tiny arrow in the below photo is pointing at Earth.  The picture was taken by the Cassini space probe.  How cool is this that? 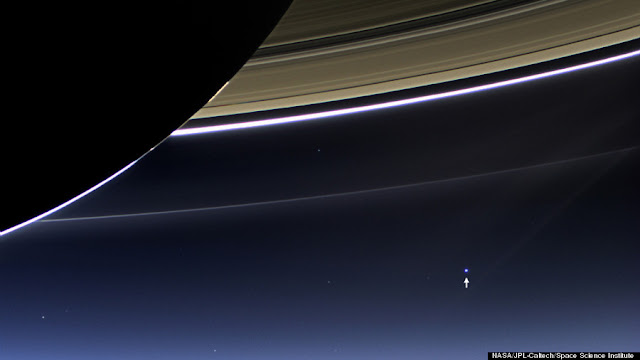 And here's close up picture from the same series of photos that shows both the Earth and the Moon: 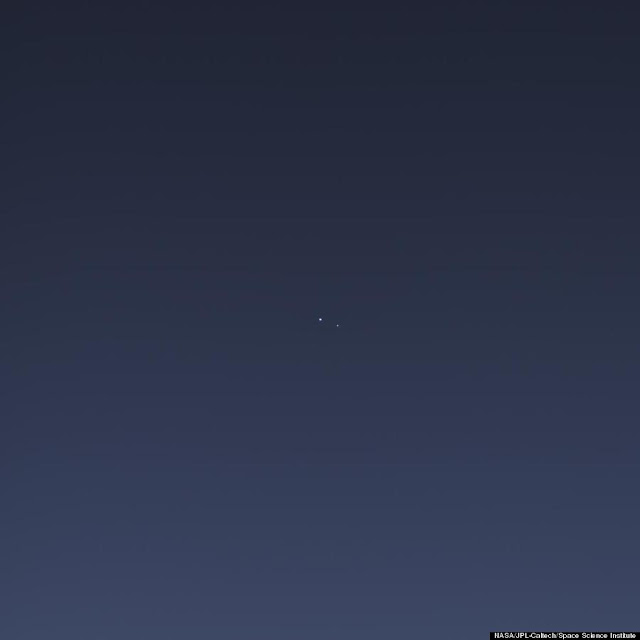 The Best Thing In The World...

...is sometimes just a peanut butter sandwich made by someone else.  And if there's some jelly in there somewhere that's pretty cool.
post by Unknown at 4:00 AM

Funny/Great Montage of Dance In Movies

I was really surprised how many of these clips I recognized from some movie I really like, don't think of many of these movies as having "dance numbers," and I loved the sitcom that the video ends with:

May the 4th Be With You

In honor of Star Wars Day (May the 4th be with you, you get it?) here's some Darth Vader funnies

...albeit between two quantum entangled particles, the following has been proven:

"The results from the new experiment confirm one of the wildest predictions of quantum mechanics: that a pair of "entangled" particles, once measured, can somehow instantly communicate with each other so that their states always match."

No matter how far apart?  How about 310 miles apart?  The implications are amazing.  So if we can ever travel great distances faster than the speed of light, can this phenomenon be used somehow to communicate instantaneously across great distances?
post by Unknown at 4:30 PM

Patton Oswalt did a great, hilarious improvised bit that was Star Wars/Marvel-centric to say the least on Parks & Recreation: 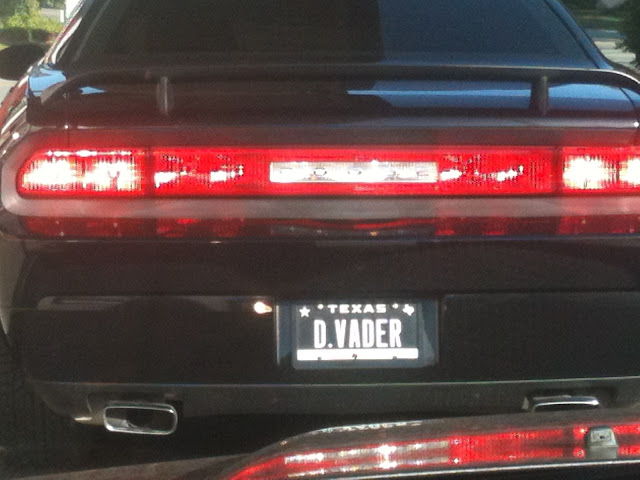 I Will Not Be Pulling Any of These April Fools Day Pranks on Family or Friends (Or Will I?)

Email ThisBlogThis!Share to TwitterShare to FacebookShare to Pinterest
Labels: video

Here's a clip of a very funny, unfunny stand-up routine from Britain's Got Talent:

Which of course made me think of the one of the funniest unfunny bits ever, Norm MacDonald's roast of Bob Saget:

And I was watching an episode of Supernatural when I was posting the above and the episode ended with the song Dear Mr. Fantasy, a song I really like, so, for a non-sequitur, here's that:

Not science fiction: faster than light warp drive goes from "impractical to plausible"...

...according to a scientist as NASA's Johnson Space Center in Houston.  In fact they're going to do a small table-top experiment to test the theory, an "existence of proof" of the idea.  Life/science imitating art/science fiction much?
post by Unknown at 4:00 AM

Guardians of the Galaxy Movie, yeah, I'm pretty geeked about this...

...especially since James Gunn (writer/director of Slither, favorite of mine) is set to direct it and Chris Pratt (star of Zero Dark Thirty and Parks & Recreation) is set to star in the lead role as Star-Lord/Peter Quill.
post by Unknown at 4:00 AM 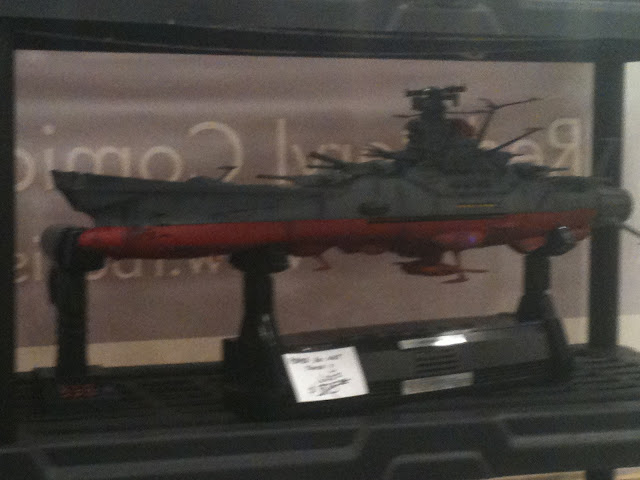 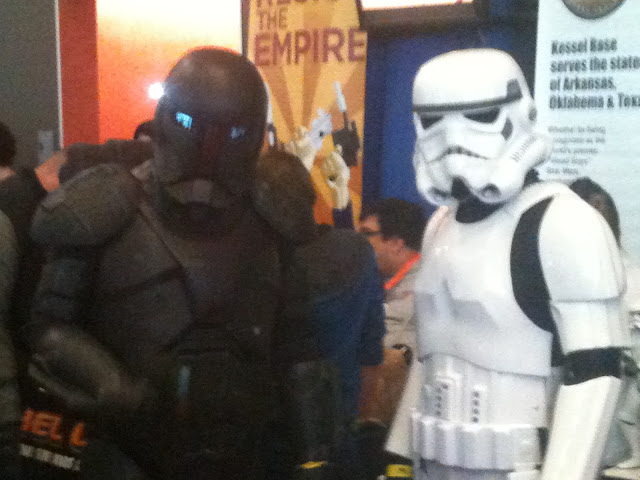 Couple of Storm Troopers hanging out.
post by Unknown at 4:00 AM

Kept on forgetting to put these up.  The SciFi Expo in DFW was a few weekends ago.  I had never been to any type of science fiction or comic book convention before.  It was awesome.  Needless to say I plan on going to the DFW ComicCon in May.  Here's a pic from the SciFi Expo, a few more will follow: 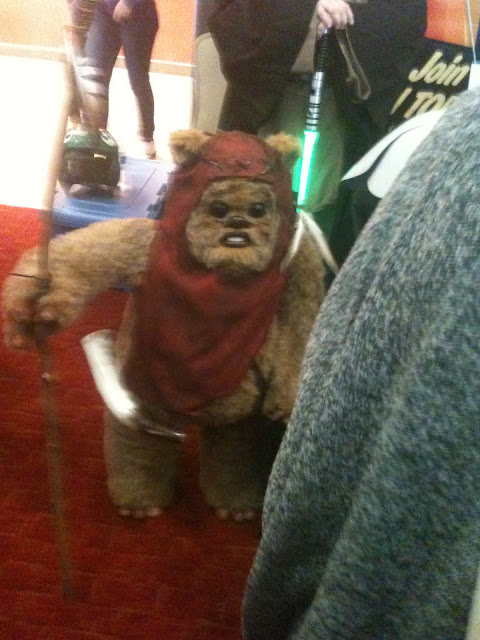 (this is a mannequin, not someone in costume by the way)
post by Unknown at 4:00 AM

Ben Affleck to Matt Damon: Suck it Jason Bourne, I have one more Oscar than you do!*

*at least that's what I hoped he would have said in his acceptance speech.
post by Unknown at 4:00 AM No comments:

Here's a great site that takes a fond look back of the greatness produced by Marvel in the 1980's:
http://marvel1980s.blogspot.com/

And here's a great "what if" site that features covers created by the blog's author from a wishlist of team-ups that never were a la Brave and the Bold and Marvel Team-Up:
http://braveandboldlost.blogspot.com/ 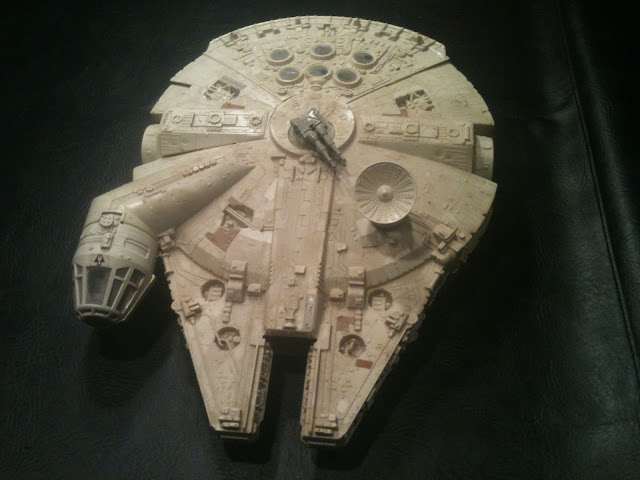 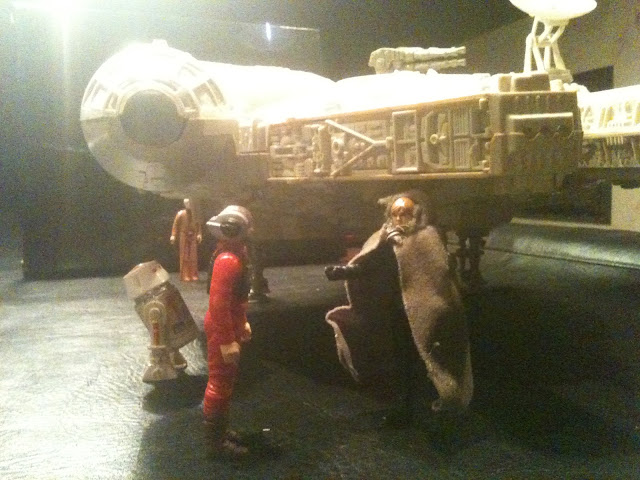 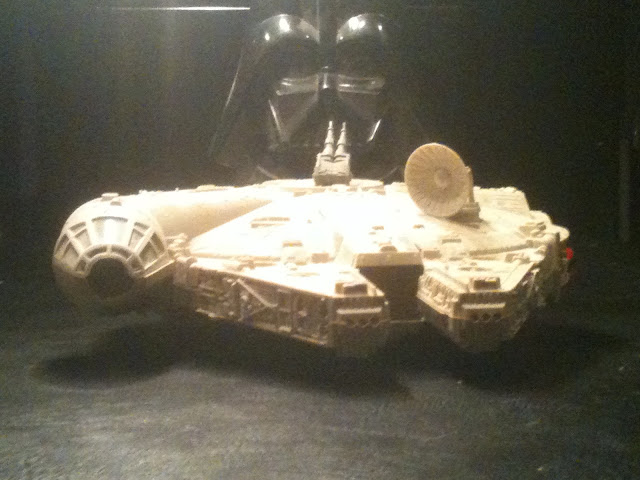 follow ATN by email - enter your email address, when there's a new ATN post you'll get an email